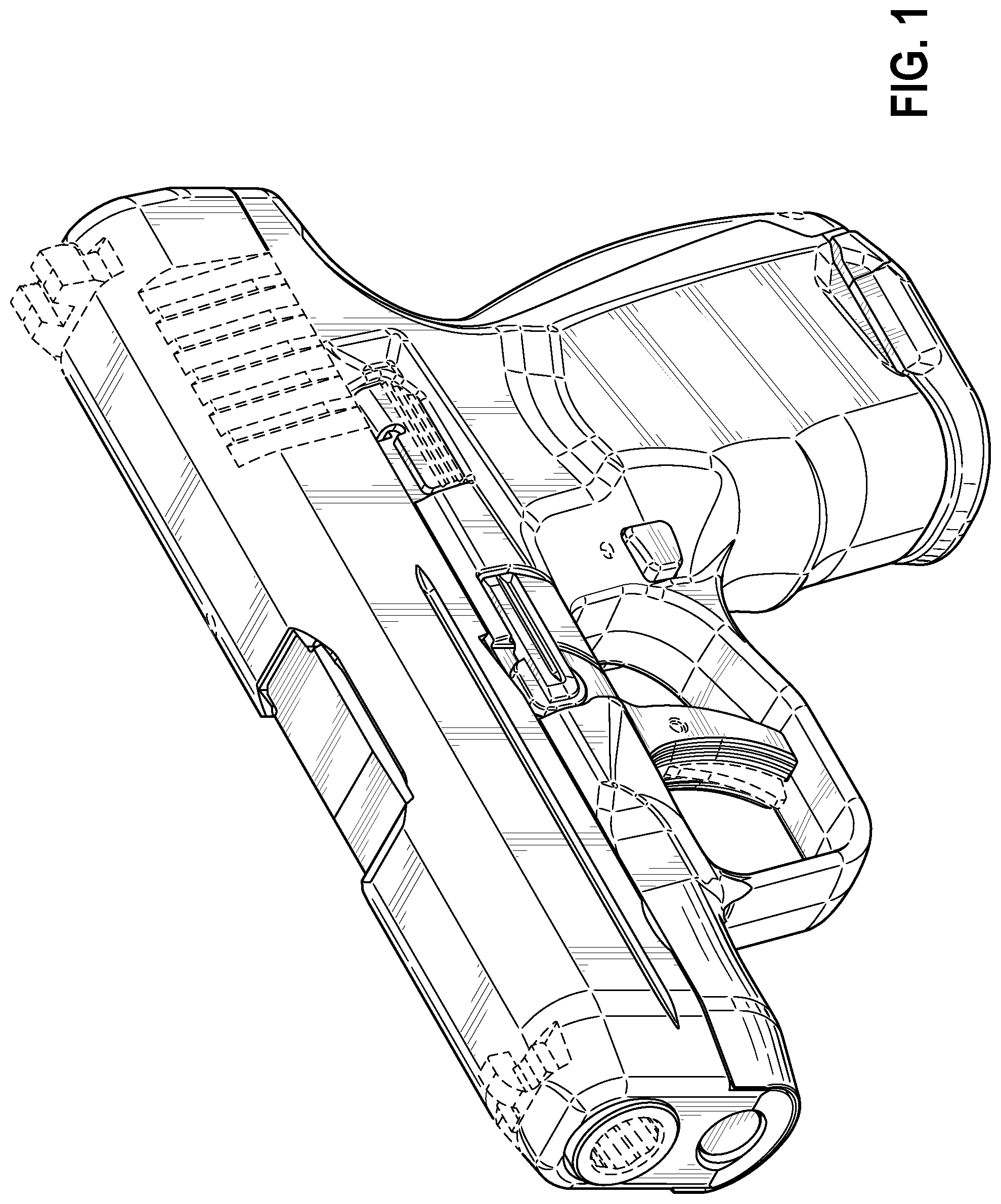 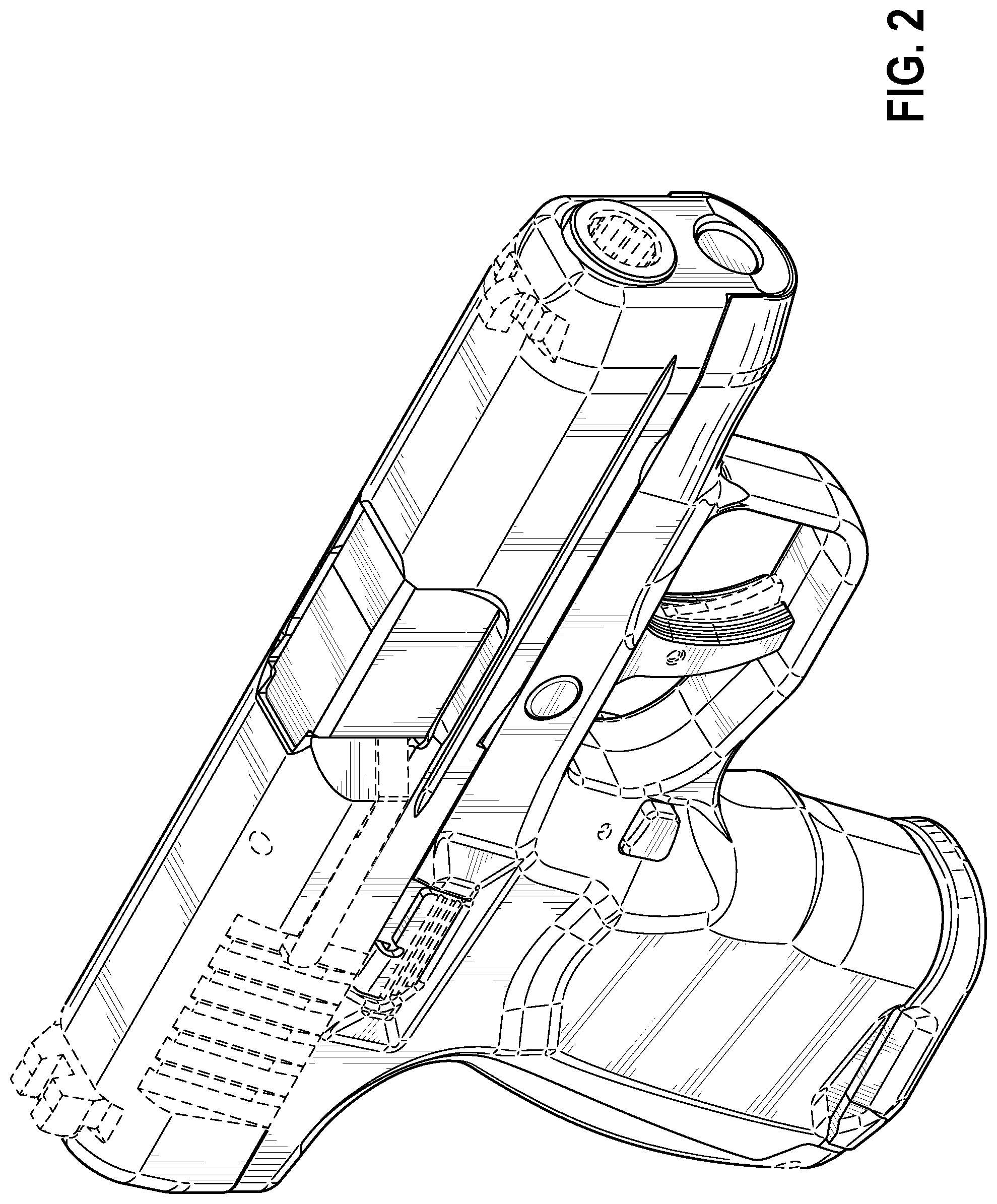 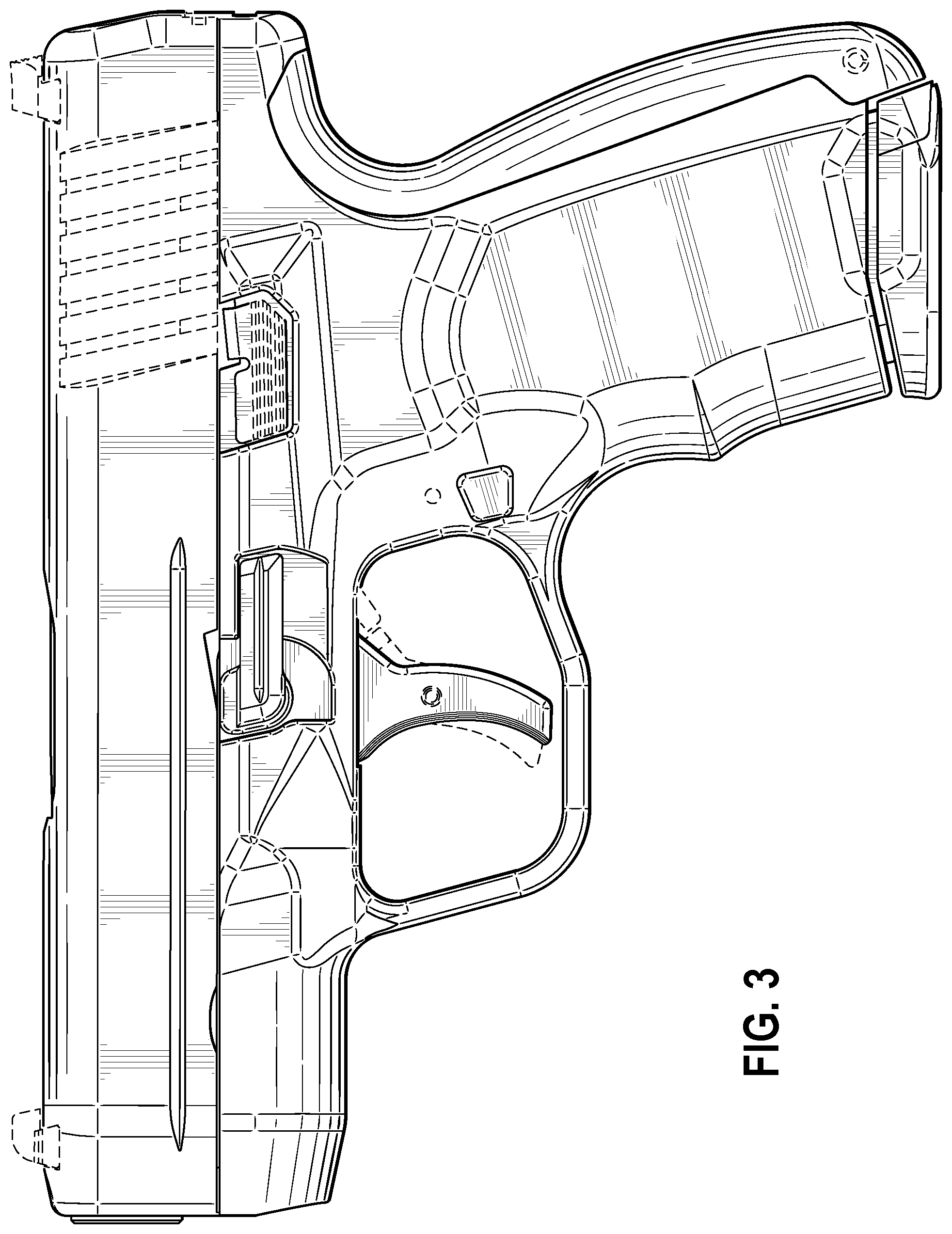 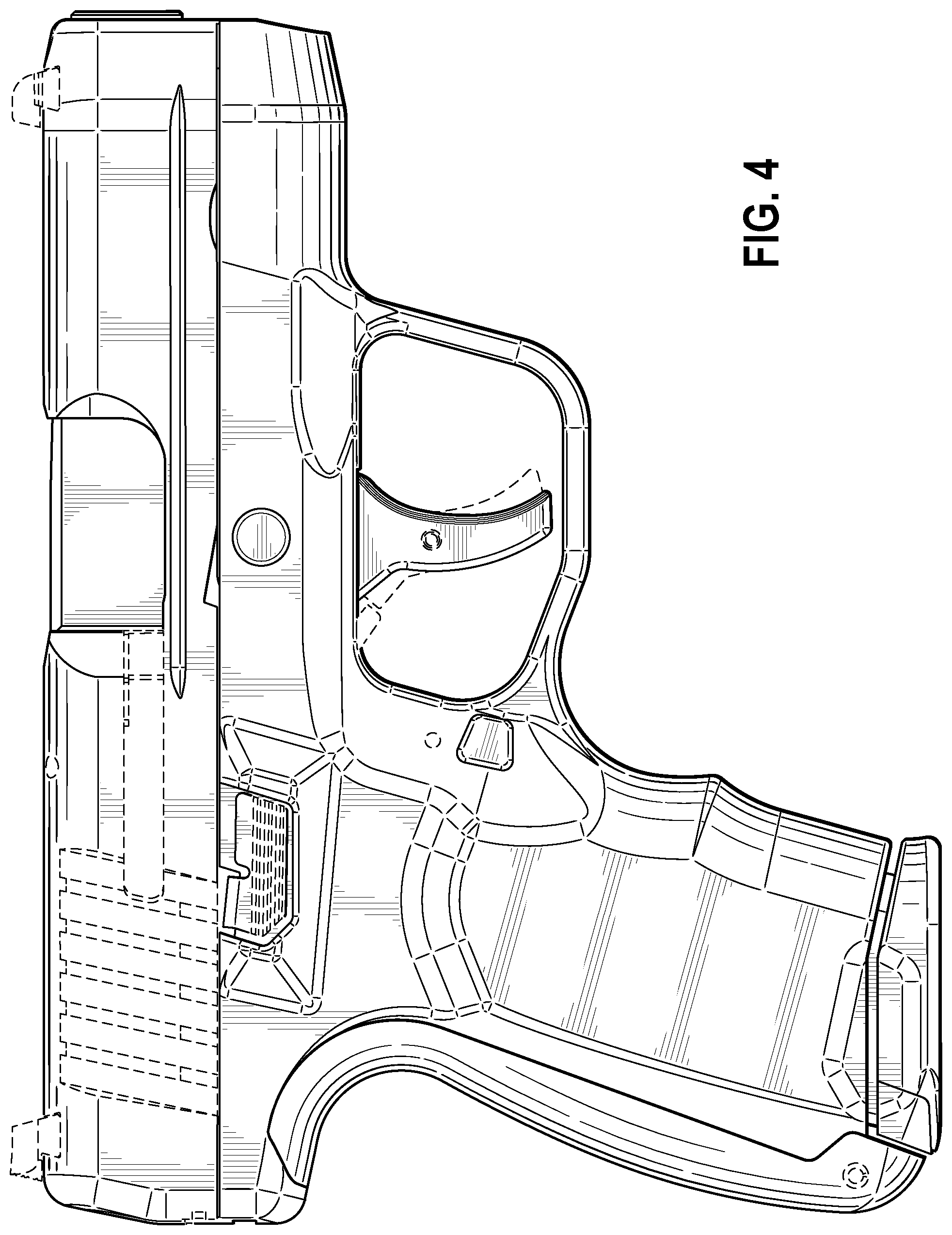 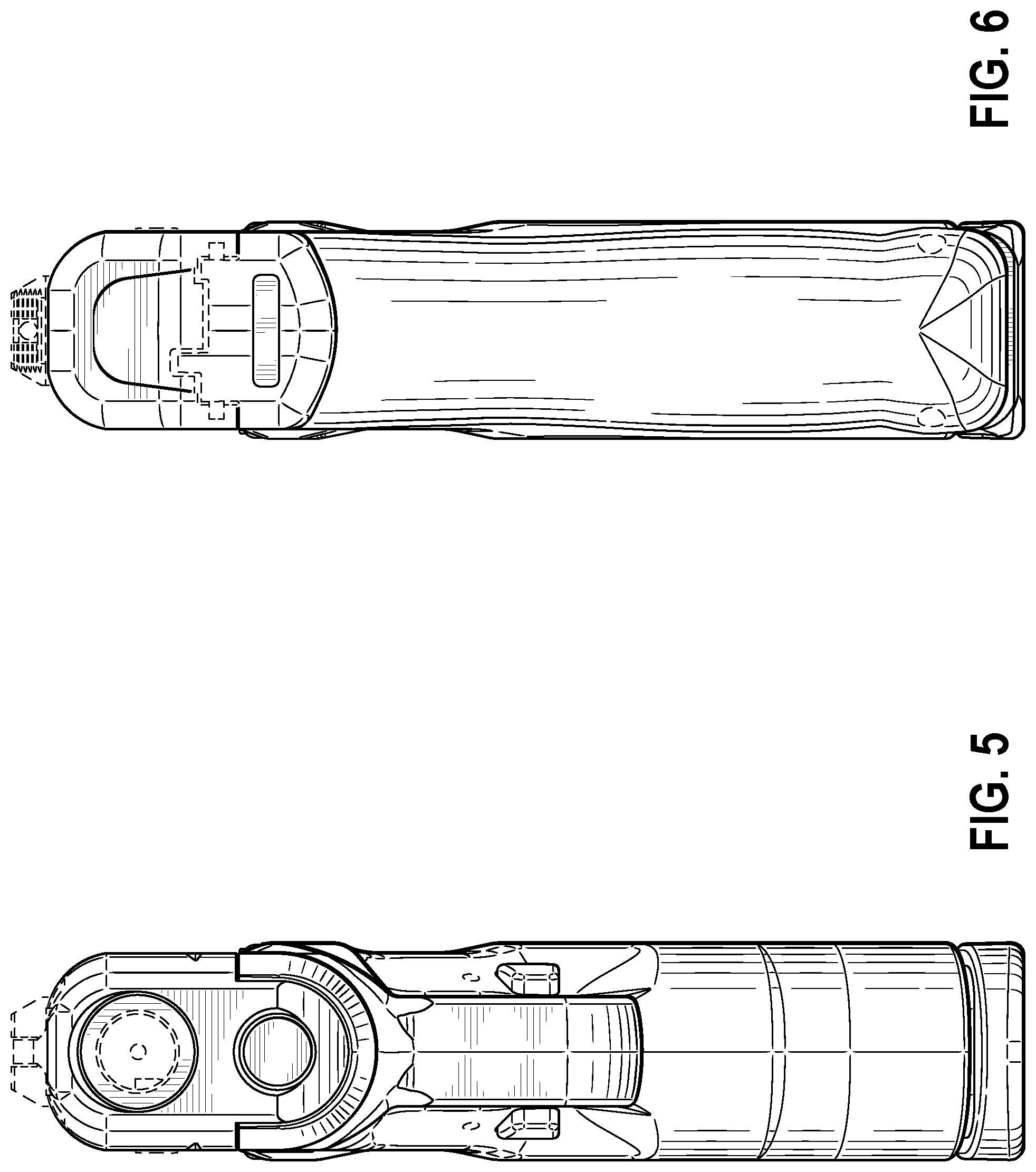 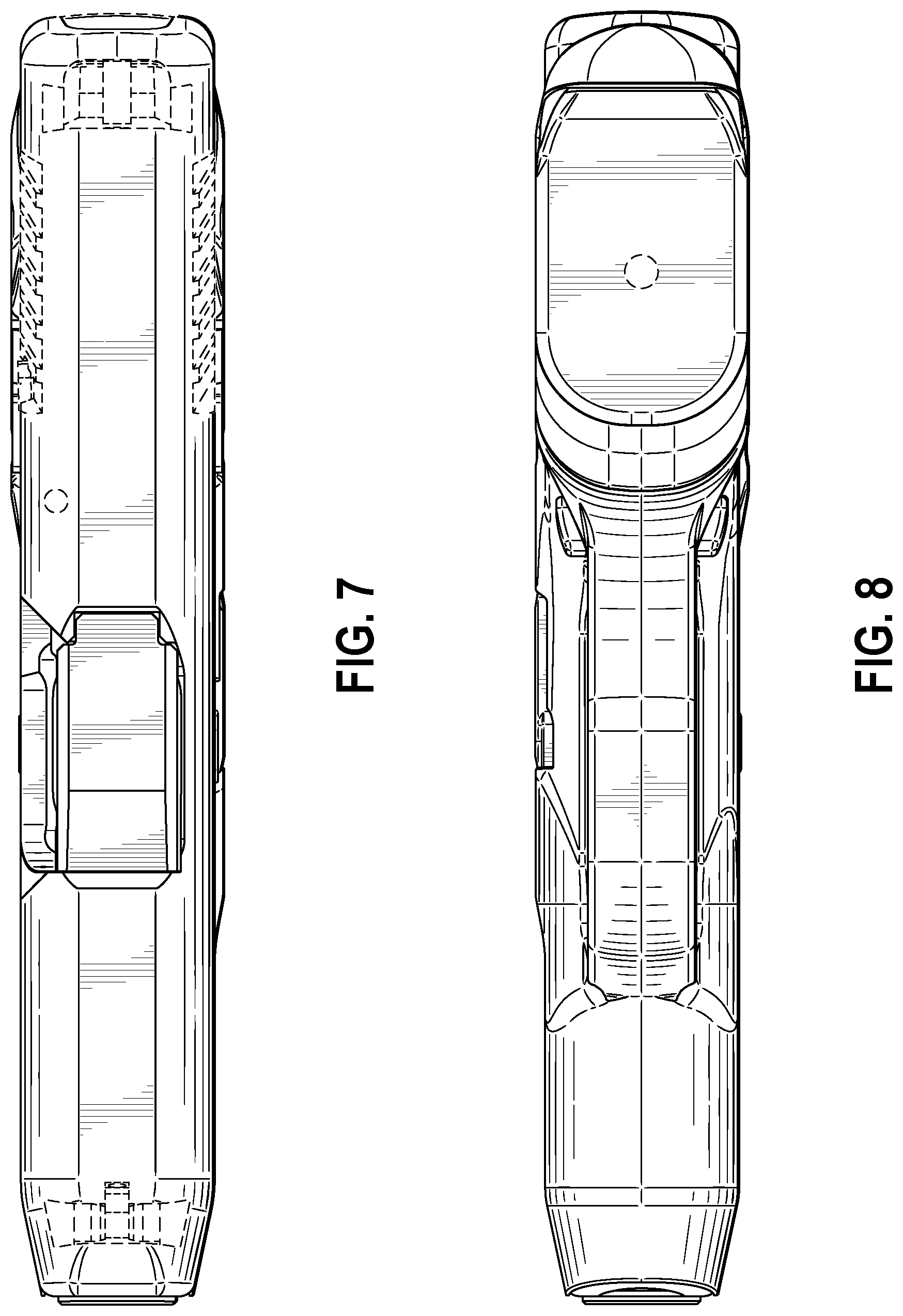 Handgun
Claims
CLAIM The ornamental design for a handgun, as shown and described. References Cited [Referenced By]
U.S. Patent Documents


FIG. 1 is a first isometric view of the handgun;

FIG. 3 is a left side elevational view thereof;

FIG. 4 is a right side elevational view thereof;

The portions of the handgun depicted in broken lines form no part of the claimed design.